What style should you choose? We've explained some of the 2021 animation trends to ensure you have a modern explainer video that won't date. 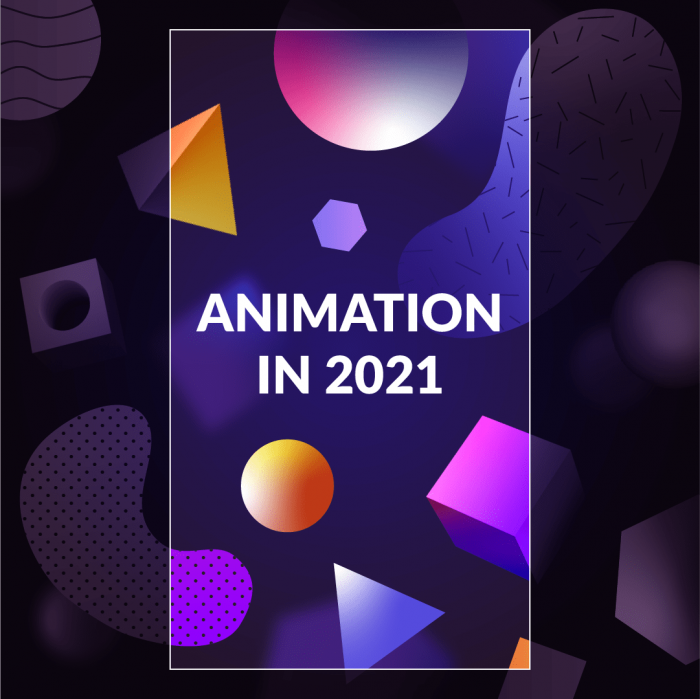 Animation isn't something new and we at DRUM, have been in the animation industry for over 15 years. As with anything, trends and styles change, and times come and go. Remember when everyone wanted whiteboard animations? Here's where the problem lies. As a business you understand that it's a marketing requirement to have animation but what style should you choose?

3D is not necessarily a new trend but is becoming increasingly prevalent. It has so many possibilities with styles and techniques that are constantly evolving. In particular, surrealism in 3D is growing in popularity, extending the limits of animation. Making objects behave in unexpected ways can feel more playful than the typical ‘rules’ of 3D where you would ensure that objects behave correctly with other objects/gravity etc. 3D motion has also become more popular in UI/UX design. 3D graphics have been used increasingly with modern interfaces due to improved browser capabilities.

With this minimalist approach, thin lines can really stand out against the white space, giving a very clean and modern look. They are often utilized to direct the viewer’s attention and also used as outlines to define shapes. Using vector lines can be very suitable for corporate explainer videos as they can help the design look very slick and understated. For more artistic and playful animations the lines can be more sketchy for a hand-drawn approach.

Using fluid movement to morph from one shape to another. This technique often uses a more traditional, frame by frame approach which typically gives the animator more ability to get that liquid motion. However, due to the increasing capabilities of the industry-standard software, After Effects, and the sheer amount of plugins available it has become more accessible and less time-consuming to create liquid motion without having to work frame-by-frame.

Textures such as grain and brush strokes add a more artistic feel to a design. They can give a very authentic, rough, natural feel that mimics real-life surfaces and textures. The popularity of software such as Procreate has been a factor in the increasing use of textures in digital illustration and animation. In the last few years, patterns have been more widely used within shapes which often give a retro/nostalgic feel. The use of textures and patterns can help the design stand out and be more eye-catching, adding levels and depth to the piece.

Hybrid animation combines two or more styles. One example of this would be using a combination of animation with a live video which is growing increasingly popular. Another approach utilizes both 2D and 3D techniques. Individually, 2D and 3D have their pros and cons, but when used together they can create some really interesting visuals. 3D with 2D elements, or vice-versa, can create unexpected moments within the animation. A mix of the two can be more cost-effective than using solely 3D and can offer more capabilities than 2D alone.

Animation in a vertical orientation is worth considering, in particular for social media campaigns. Due to platforms such as TikTok, Facebook and Instagram stories, reels and IGTV, vertical videos and animations are becoming increasingly popular. Due to the amount of time we spend viewing content on our smartphones, a vertical video can be a fantastic solution for companies to get their videos noticed on social media.

A simple colour palette can be very effective, it can help to focus on brand colours, convey a mood and define a persona/identity. Also, if you look at colour theory, harmonies of 2-4 colours create balanced, pleasing arrangements that help to convey the message that you want to get across. Designers often use these harmonies to achieve certain moods or aesthetics.

Abstract geometric shapes are timeless and still give a modern feel to the design. They can be open to interpretation and still convey a clear message especially when backed up by a voiceover or on-screen text. Ever popular, they are used in many different styles, 2D and 3D. Mixed with textures, patterns and gradients they can add depth to animation and also look great with a simple flat style.

An animated explainer video can give you a lot of options as there is such a wide range of animation types, styles and techniques to choose from. Taking note of design trends can help your brand to stand out and stay relevant and these are the ones that we consider to be the most prominent this year. We are really looking forward to implementing them even more in our upcoming projects.